Virgin brand name is associated with various products and industries. To name a few – music, soft drinks, telecommunications, megastore, computer games, financial services, railways, airways and the latest is spaceport. When I had heard the venture of Virgin Galactic to fly commercial flights to space for passengers, I thought this idea is not out of the box, it is out of the world. Right!

Whenever I think of Virgin group, I am scratching my head. It is difficult to fathom how all these products under one brand name and diverse industries function as an integrated whole. Virgin Group has a finger in nearly every pie and keeps growing bigger and bigger. It is defying all conventional business wisdom and doing wonderfully well. 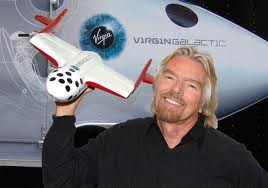 From a risk manager’s perspective, the question which keeps cropping up is how does the group manage various risks? When charting into unknown territories (spaceport is completely unknown) how does it assess risks of the new venture?  What will be the impact of one product failing on the group companies?

Reading Richard Branson’s autobiography “Losing My Virginity” provided some insight on the risk philosophy and strategy of the company. It is quite simple really. The risk is segregated in different small sections so that one failure does not bring the group down, like in case of Enron or more recent threat to Citibank. New venture risk is calculated by determining the downside of the venture at the time of investment and an exit route planned. This two-pronged strategy ensures that at a single point of time, only a small percentage of the group is affected by a disaster, if it occurs.

The group turnover is in billions (real figures not known as it is a privately held group) consisting of over 200 companies.  The differences in approach from a typical multinational company are:

1)      Long-term Planning: The group is privately held and in the decision-making public investors are not involved. Hence, the decisions are taken from long-term growth perspective. The group does not need to focus on short-term profit to show performance in the stock market as it is privately held. Hence, the decisions are made on a sound business platform without the pressure of showing immediate results. According to Mr. Branson – “Beneath all the fun and razzmatazz of selling it there is a sound business plan”

2)      Companies Operate Independently: The group is loosely structured under a common brand name. The private companies run as independent units and as Mr. Branson states “stand on their own feet”. An organization culture exists which makes each company responsible for mitigating risks and managing their own disaster scenarios.

3)      Containing Company-wise Risk: When a company grows beyond a specific size, the company is divided into two or more. This keeps the company manageable and while minimizing the impact of its failure on the group. Each company’s risk is contained as investors of one company do not have rights on assets of another company. Hence, if a company or venture fails, it will be contained to a single company and will not spread throughout the group.

4)      New Product Identification: The group identifies new markets and products based on an analysis of the existing market. The existing market for the new products is frequently either a monopoly or oligopoly. The existing players are either identified as inefficient or costly. Normally, the group identifies a way to work efficiently at lower costs, acts as a customer’s champion and sells products at a price lower than the competitor’s. Hence, entering the market is strategically easy.

5)      Financing New Ventures:  In financing new ventures, Virgin group generally did a partnership agreement with a company which had the technological knowhow while Virgin group could leverage its brand. Mr. Branson states –“I still believe that a fifty-fifty partnership is the best solution to financing. When something goes wrong, as it invariably will at some point, both partners have equal incentive to put it right”.

There are two risks which the group has faced from start till recently. The analysis would not be complete without explaining them.

1)      Brand Dependent on Branson: Richard Branson is the face of Virgin Group and the brand is strongly associated with his name. With his various balloon flying and other adventures, the fear of sustainability of the brand and company were high. If a mishap occurred which resulted in his untimely death, the group’s biggest asset its brand value would reduce considerably. Although a highly talented management team exists within the group, none of them have visibility or popularity equivalent to Richard Branson.

2)      Cash Crunch Within Companies: In early 2000’s Virgin group was facing severe cash crunch. As Richard Branson put it – “No matter how many successes Virgin had had, there was always the danger that cash would run out. Virgin has made money, but I have always invested in new projects in order to keep the group growing. As a result, we had rarely had the luxury of spare cash to use as a cushion.” Virgin Music was the most profitable company and other companies were making losses or little profits.  Virgin Atlantic was at risk after 9/11. A decision was made to sell Virgin Music to keep Virgin Atlantic for further growth. The cash received from the sale was re-invested for the growth of the group.

The Virgin Group has had a remarkable growth for the many hurdles and pitfalls it faced. It survived and grew despite often facing adverse situations.  This basically indicates remarkable leadership in difficult times and an instinct for survival. Some risk management lessons can be learnt by the organizations from Virgin Group.

If you want to join 340 astronauts and book your space ticket, click here. It might be worth the risk.